Scott Fogler honored as Michigan Distinguished Professor of the Year 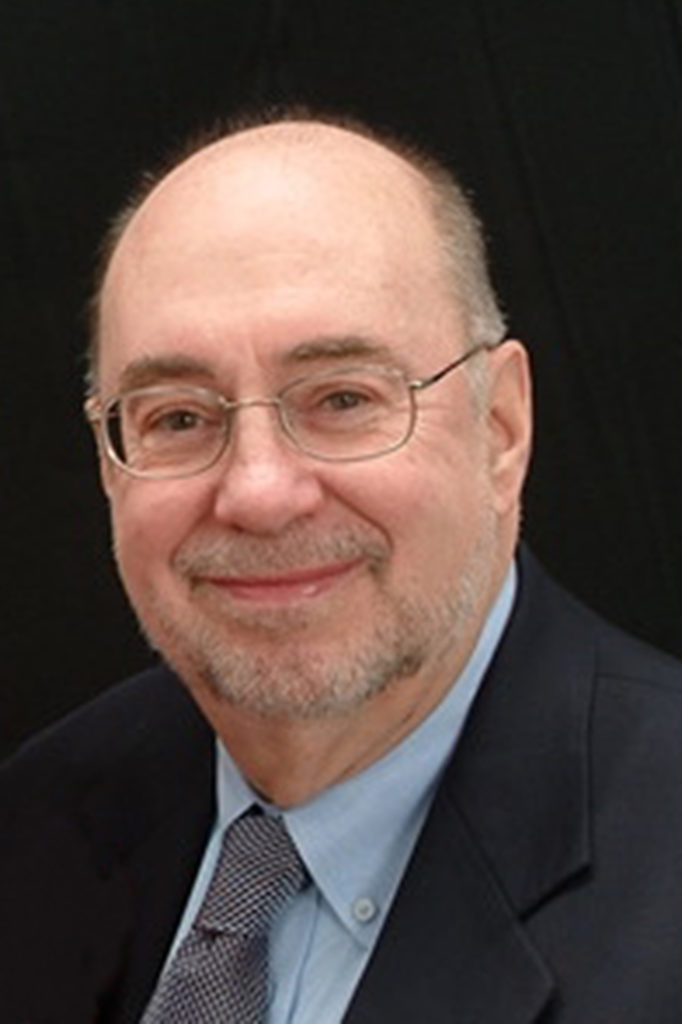 H. Scott Fogler, the Ame and Catherine Vennema Professor of Chemical Engineering and an Arthur F. Thurnau Professor, has been named a Michigan Distinguished Professor of the Year by the Michigan Association of State Universities.

“Professor Fogler’s vision for rich undergraduate education that incorporates the complexity of real-world conditions has sustained a career of innovations that enable and encourage creative problem solving is the reason he is deserving of the Michigan Distinguished Professor of the Year Award,” said Susan M. Collins, Provost and Executive Vice President for Academic Affairs, who nominated Fogler for the honor.

Fogler’s recognition as a Michigan Distinguished Professor of the Year is the most recent of his many teaching accolades, reflecting his career-long commitment to designing and integrating creative teaching methods into both individual chemical engineering courses and, more broadly, academic curricula.

Since Fogler joined the U-M Chemical Engineering faculty in 1965, he has solidified his spot as one of the world leaders in chemical reaction engineering in petroleum engineering. He served on then-President Barack Obama’s commission to study and make a recommendation on the flow of diluted bitumen in the Keystone Pipeline, and has published over 250 research papers. He spent decades consulting for major oil companies and related industry firms.

Over the course of his 55-year career, Fogler has held multiple leadership positions, including serving as an associate dean in the U-M College of Engineering, department chair in the U-M Chemical Engineering Department and president of the leading professional organization for chemical engineers.

Yet it is challenging, if not nearly impossible, to separate Fogler’s many professional accomplishments from his passion for educating the next generation of chemical engineers.  Fogler has received numerous teaching awards and honors at the college, university and national levels, including the American Society for Engineering Education’s Lifetime Achievement Award in Chemical Engineering Pedagogy, the American Institute of Chemical Engineers’ (AIChE’s) Warren K. Lewis Award for Chemical Engineering Education, and the Arthur F. Thurnau Professor, which is reserved for tenured faculty who demonstrate outstanding contributions to undergraduate education.

“Scott is among our most dedicated and distinguished faculty members when it comes to undergraduate learning. He has prepared thousands of students to solve global engineering challenges through critical thinking,” said Sharon Glotzer, the Anthony C. Lembke Department Chair of Chemical Engineering.

In addition to his excellence in undergraduate education, 49 PhD students graduated with Fogler’s supervision. He advised many more worldwide by serving on their thesis committee and welcoming international students to his research lab. From 1995 to 2005, he supported students from the University of the Witwatersrand in South Africa who had been disadvantaged under Apartheid to work in his lab during their summer breaks.

Gathering information for Prof. Fogler’s NSF grant, teams of undergraduate students visited companies and collected notes on how people in industry solved problems. These notes later appeared in Fogler’s award-winning textbook, “Strategies for Creative Problem Solving,” which he co-authored with his former Ph.D. student, Steven E. LeBlanc, who is now an emeritus professor at the University of Toledo. At U-M, Fogler’s textbook served as the foundation for course he created dedicated to the topic, called “Engineering 405: Problem Solving, Troubleshooting, Entrepreneurship and Making the Transition to the Work Place.”

“I hope I inspire students to leave the classroom with an excitement for learning and of wanting to do better. I want students to feel that they can be creative in how they analyze and think about things,” he said, and paused for a beat.

A past president of AIChE and longtime leader within the professional organization, Fogler developed a slate of innovative programs geared toward undergraduate education. Perhaps his most well-known is the annual AIChE Chem-E-Car Competition, in which students flex their creative problem-solving abilities to design and construct a car—no larger than a shoebox—powered by a chemical energy source. In 2019, over 150 schools worldwide participated in the competition with the top 40 teams competing at the Annual AIChE Meeting held each fall. For the past 20 years, the competition has been held at every annual AIChE convention, as well as in professional societies in Australia, Europe and the Middle East, exponentially increasing the involvement of undergraduates.

Fogler is a fixture in chemical engineering classrooms worldwide, in part because he wrote the preeminent textbook on chemical reaction engineering. His textbook, “The Elements of Chemical Reaction Engineering,” is a staple on undergraduate chemical engineering students’ required reading lists across the world. Now in its 6th edition, Fogler’s textbook is widely believed to be the first to bring structure to reaction engineering and to incorporate real data and computers into the subject matter. For decades, Fogler’s textbook has consistently captured 70% to 80% market share worldwide and has been translated into multiple languages, including Portuguese, Spanish, Greek, Chinese, Farsi and Korean.

At the core of Fogler’s teaching philosophy is a focus on logic and problem solving. His commitment to helping students better grasp course material rather than learn to plug data into memorized formulas is reflected in his textbook, and has also helped drive many of the educational innovations he has launched over the past several decades.

“When I first taught, students would memorize all sorts of equations. They had sheets and sheets of equations,” Fogler said, recalling his formative years at the head of the classroom during the late 1960s and early 1970s.

Fogler knew there was a better way to teach than only copying equations onto a black board. When he couldn’t find a learning method that incorporated the logic and structure he sought for his students, he created one.

“I created a simple algorithm for the subject matter that used logic rather than memorization,” Fogler explained. “The problem-solving structure I developed for chemical reaction engineering eliminated the memorization of a multitude of equations, such as one for each type of reaction and reaction conditions.”

Fogler continued to innovate by developing what he calls Living Example Problems (LEPs) in the early 1990s. These LEPs, housed on a website accompanying his textbook, are interactive simulations with industrial considerations. These problems use real data and real reactions, and encourages students to explore how changing individual values changes the solution parameters.

Among Fogler’s most recent innovations is a safety-focused initiative, called “Process Safety across the Chemical Engineering Curriculum,” that encourages academic departments to incorporate one safety session into each undergraduate core course. With wide variation in how—or if— chemical process safety is taught across the country, Fogler developed the website as a resource for professors that could be integrated within an existing curriculum, helping students develop a “sense of safety.”

Educating the next generation, in Michigan and beyond

Fogler’s teaching often extends far beyond U-M classrooms. Throughout his career, Fogler has embraced opportunities to exchange research and knowledge in support of undergraduate education, both within the United States or abroad.

In 2004, a serendipitous email asking Fogler about his textbook led him to create and co-direct a decade-long undergraduate student exchange program, which ended in 2015. In collaboration with two University of the Witwatersrand professors, the team selected rising seniors studying at the South African university to come to Ann Arbor and spend two months in Fogler’s research group.

For 23 years, Fogler participated in a collaborative teaching exchange with educators at Chulalongkorn University in Bangkok, Thailand. As a part of a two-year master’s degree program offered at Chulalongkorn University, students spent their second and final year conducting research at a participating U.S. university. Over the course of his participation, Fogler welcomed 50 master’s students to his lab, with five choosing to continue in his lab and earning a Ph.D.

Fogler was also the architect of the AIChE Sister Chapter program, which pairs an international AIChE student chapter with a U.S. student chapter. Fogler initiated the program in 2009, during his AIChE presidency, in an effort to increase interactions between ChE students in the United States and ChE students studying abroad. To date, over 100 Sister AIChE Student Chapters exist worldwide, with many international chapters entering the annual ChemE Car competition.

At U-M, Fogler is an ardent supporter of and advocate for undergraduate students, serving as the longtime advisor for the U-M AIChE student chapter. In 2019, he was recognized as an outstanding student chapter advisor and, under his guidance, the chapter received an AIChE Outstanding Chapter Award—given to the top 10% of the approx. 150 U.S. student chapter—for 10 consecutive years.

In a notoriously challenging degree program, Fogler looks to logic, creativity and a little humor to instill self-confidence in students, whether they’re sitting in a U-M classroom or one across the world.

“Learning doesn’t have to be drudgery. It can be fun,” Fogler said. “That’s why I added a few more jokes in the latest edition of my textbook.”